Onegeon - a puzzle game where you can use any weapon you find once.

Every level is possible (although the difficulty scaling is something we should work on after the jam!)

Use WASD or the Arrow Keys to move. Everything moves only when you move.

Use Spacebar or the Left Mouse Button to use your weapon. Your weapon can only be used once.

Skeleton Knights will attack you. If you defeat an enemy you will gain their weapon. Spikes only dissapear after all the enemies have been defeated.

Archer Skeletons fire arrows at you when they have line of sight. With a Bow, your arrows will fire in the direction you just moved.

You can safely stand on a cracked tile once. Another tread will meet your doom. Press R to restart the level.

If you try to move to a tile you can't move to, the enemies will still make a move - use this to your advantage!

Nice work! Just a few moving parts yet you crammed a lot more depth in there than I'd expected!

Really like the sound work so far, and the pixel art is nice!

Standard feedback about turn priority applies, though some other mechanics took me a while to really understand. Enemies not having to be on the tile straight across from me especially confused me for a while. Perhaps adding an option in that shows which tiles you / enemies are able to strike in would be a neat addition.

Next bit of advice would be to work on the game feel a tad. The presentation so far is super impressive for the scope of the jam, but going forwards, a little bit of animation would go a long way. Just a simple idle for when creatures / the player aren't doing anything would make things feel a lot more alive. Then some dust when they move, making things feel more grounded.

More sound would be great too! Like a simple shuffle for when a character moves, it would greatly improve the connection the player feels with the game.

More content, and more polish, and you've got one heck of a game on your hands!

This is all really good feedback - thank you! Your suggestions on how we could improve the game feel are really cool, so we'll get on doing that visual stuff to make it cooler (alongside fixing a couple visual bugs) - we were going for a chess-esque aesthetic on the animation due to the time constraints of the jam, and it creates a cool little "chesspiece" look, but we could definitely use squishing/tweening or just make a walkcycle for the characters. Glad you liked it, and thanks again for the insights!!

Agree with the comment about turn priority. It could be either before or after, but it should be consistent. Movement appears to happen first during a turn, but where I got hung up was - I think enemy attacks happen before movement, but player attacks happen after.
For an example of something similar, check out Crypt of the Necrodancer.

Thanks for playing! Yeah enemy attacks always happen before the player, otherwise the issue would be that the player could just rush through and annihilate everything without being hit at all - we've received a few suggestions on how to change this so it's easier to understand and make it so the game doesn't feel like it's working against you on that regard.

The game has one central issue: Turn priority. Making the playable character act first and monsters after him would make this so much more intuitive.

We'll make a note of this - at times it feels like the game is working against the player by giving the enemy a hit advantage over the player, where it would benefit from being the other way around. Thank you for the feedback! 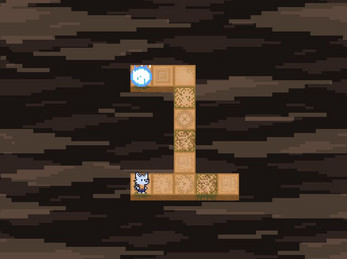 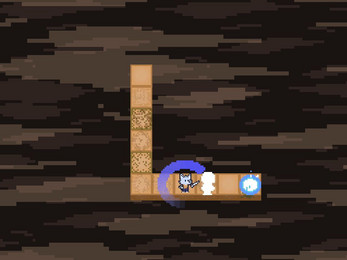 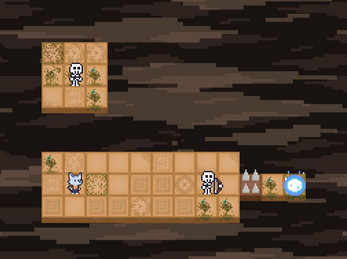